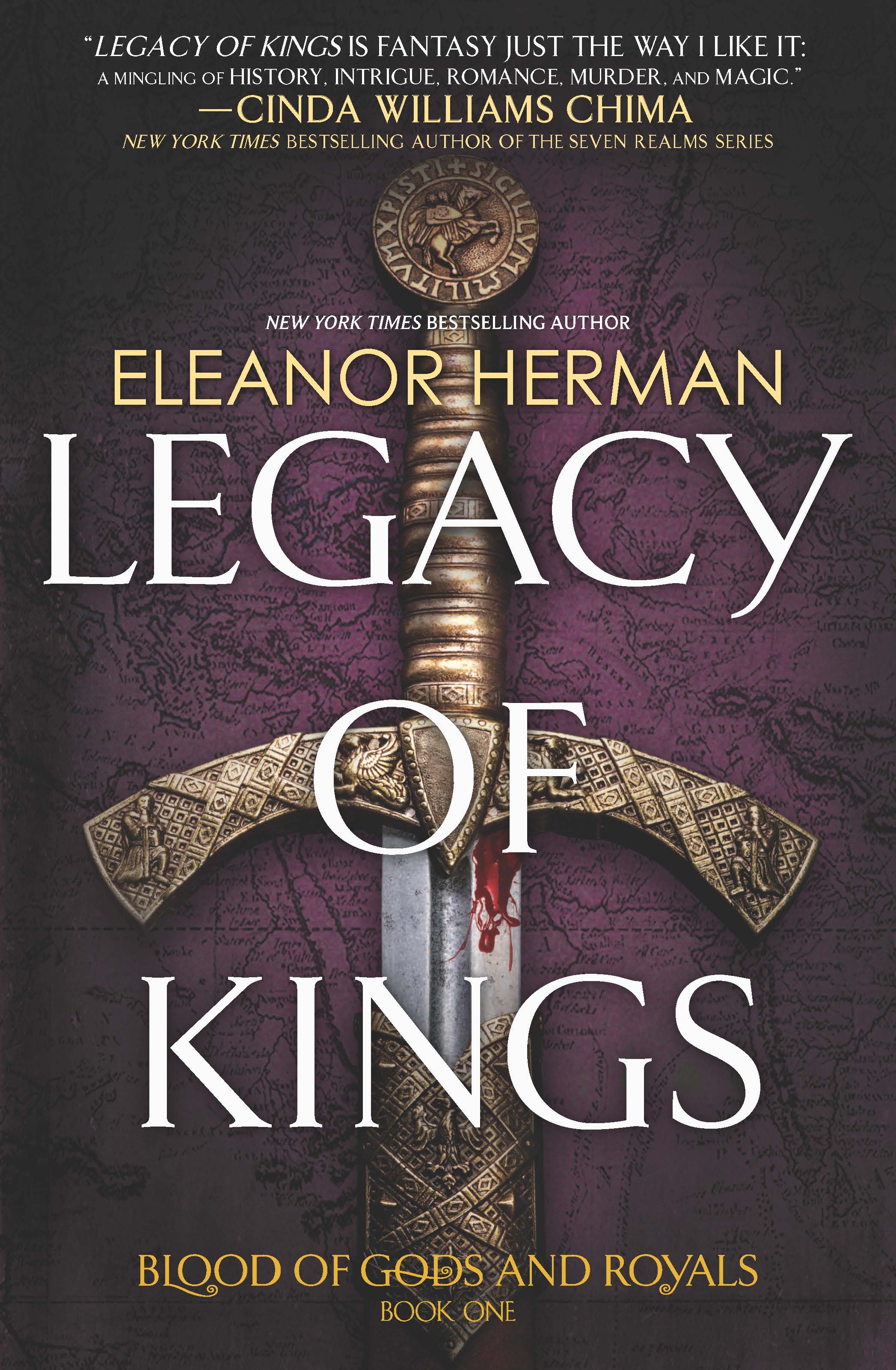 New York Times bestselling author Eleanor Herman begins the Blood of Gods and Royals series with Legacy of Kings, the story of Alexander the Great…before he was great. Featuring an ensemble cast of strong male and female characters and all the blood, danger, forbidden love and betrayal that readers crave, this epic fantasy novel follows the struggles of its cast in ancient Macedon and infuses real history with the magic and mythology of the time. The series has been optioned for television by Warner Brothers and the production company of Simon Helberg (The Big Bang Theory).