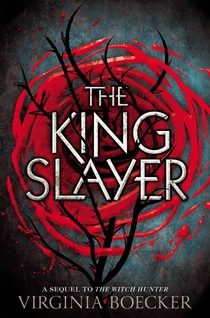 Skilled witch hunter and curse breaker Elizabeth Grey is hiding out in the magical town of Harrow, evading the price put on her head by Lord Blackwell, her former mentor and the current usurper king of Anglia. Their explosive final confrontation at the end of book 1 left Blackwell injured, but his magic only grows more powerful each day. He’s gearing up for a war against those who would resist his rule–namely Elizabeth and the witches, wizards, ghosts, revenants, pirates, and healers she now calls her friends.

But after losing her stigma (a witch hunter’s most powerful protection), Elizabeth’s strength is tested both physically and emotionally. In order to save his life, Elizabeth will betray the one person she loves most. And when a figure from her past reappears as an unlikely ally, she’ll be forced to reevaluate the lines between good and evil once again.