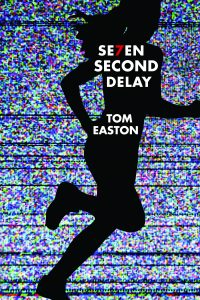 Seven seconds is all she has.

In a futuristic world of constant surveillance, Mila is hunted by government agents. She has only one advantage: a seven second delay on her monitored video feed. On her lightning-fast getaway she must take an unpredictable route to thwart her pursuers. In just seven seconds, she can fake one direction and take off in the next. As she runs, the government positions Mila as a dangerous terrorist in the media. Soon the entire nation is watching her feed! Against all odds, Mila gains the trust of one of her monitors and finds an unlikely ally in an Isles citizen. With their help, Mila must use her seven seconds wisely to prevent a nationwide disaster—and save her own life.