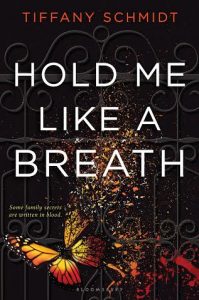 In Penelope Landlow’s world, almost anything can be bought or sold. She’s the daughter of one of the three crime families controlling the black market for organ transplants. Because of an autoimmune disorder that causes her to bruise easily, Penny is considered too “delicate” to handle the family business, or even to step foot outside their estate.

All Penelope has ever wanted is independence—until she’s suddenly thrust into the dangerous world all alone, forced to stay one step ahead of her family’s enemies. As she struggles to survive the power plays of rival crime families, she learns dreams come with casualties, betrayal hurts worse than bruises, and there’s nothing she won’t risk for the people she loves.

Perfect for fans of Holly Black and Kimberly Derting, this first book in the stunning new Once Upon a Crime Family series from acclaimed author Tiffany Schmidt will leave readers breathless.