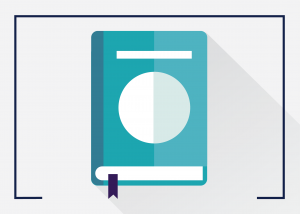 Get to know the staff of the Children’s Book Council.

Carl has held executive positions at several publishing houses and non-profits. He was VP of Marketing at Knopf for 10 years and held marketing positions at HarperCollins and Little, Brown. He organized over 2,000 national author tours and oversaw bestselling book campaigns as well as debut launches. He published a book with Random House and has edited over 25 books. Lennertz taught marketing at the University of Denver for 11 years. His non-profit and association work includes the ABA (working on a national campaign for independent bookstores), World Book Night US (where 250,000 free books were handed out to people in need each year on April 23), and now as the CBC and Every Child a Reader Exec Director for six years. He has lived in upstate NY’s Adirondacks since 2019. Favorite non-work things: Liverpool FC, chocolate, and vinylLPs.

Having worked at the CBC for over six years, Shaina’s focus is on creating, growing, and maintaining programs and partnerships that support the work of the CBC’s member publishers, increase awareness of children’s books, and address important topics affecting the industry at large. Her main responsibilities have been coordination of the National Ambassador for Young People’s Literature program and of the national Children’s Book Week, now celebrating its 103rd anniversary. Before her work at the CBC and Every Child a Reader, Shaina received a BFA in Dance from UNC-Greensboro and had an exciting career in restaurant service and management. Shaina’s fascination with and adoration of creators in many disciples fuels her own passion for books and for making things with her hands. She lives in Atlanta and welcomed Theo and Ruby into the world in 2020 and 2021. Favorite non-work things: Coney Island, collecting books, and making things (like quilts).

Laura is an intellectually curious and knowledgeable communicator and designer with experience in innovative written-content creation, copywriting, visual assets, and digital content strategies. She has overseen a complete redesign of CBC’s website, conducted the design of a vast array of educational materials, and is leading a revitalized digital content campaign. She previously worked at World Book Night US, Vintage Español, and Open Road, as well as freelance work. Aside from her law degree, she has a postgraduate degree in journalism from the London School of Journalism, as well as an M.S. in Publishing: Digital and Print Media from New York University. Fluent in English and Spanish, with some French language skills, she currently resides in Miami. Favorite non-work things: yoga/meditation, museums, and adventure travel.

Being a writer since she was in elementary school, Jena always knew that books would play a huge role in her life. She received a BA in English, Creative Writing, and Business from Kalamazoo College in Michigan, which included a semester abroad at the University of Aberdeen in Scotland, where she studied Scottish literature and international marketing. She attended the Denver Publishing Institute and then interned at Publisher Spotlight. Moving to NYC to be a CBC intern, she coordinated book sorting and CBC’s book donation program. She was hired full-time in 2020 as a marketing coordinator and was promoted to Marketing Manager in January 2022, managing CBC’s Annual Best Of Awards and overseeing the ECC committee. Now residing in Nashville, her love for the humanities and the arts drives everything she does in her professional work. Favorite non-work things: Harry Styles, the Packers, and gardening.

Sommer’s love of children’s literature peaked after finding a copy of the Grimm’s Book of Fairytales with the text block bound upside down! She received a BA in English with a specialty in Writing and Editing at Auburn University while working at NewSouth Books. She attended the Denver Publishing Institute and then made the move to New York, where she interned for the CBC. A move home to Houston and then to Denver followed, and now she begins as Marketing Assistant in January 2022 tasked with helping coordinate CBC’s many programs.  Favorite non-work things: karaoke, video games, and trivia.

Paulina found her passion for writing at a very young age. She received a BA in Creative Writing from the University of Texas at El Paso and studied abroad in Northern England, learning about the life and poetry of William Wordsworth. Paulina has worked in the service industry for seven years, as well as tutoring elementary students in reading and writing. Her interest in publishing flourished as an editorial intern at Cinco Puntos Press, where she focused on manuscripts and reader reports. Paulina is fluent in both English and Spanish, studied French for two years, and is currently working towards her certification in American Sign Language.  Favorite non-work things: cooking, practicing yoga, and taking long walks with her dog Fiona.

John maintains CBC’s social media platforms. He received a BA in Creative Writing and Film from the University of Central Florida. He then went on to the University of Denver for both the Denver Publishing Institute and his MA in Professional Dramatic Writing. He works at a comic bookstore in Florida and compiled CBC’s Pride Month graphic novel list.  On staff Zoom calls, he cuddles his sweet dog, Indiana “Indy” Bones. Favorite non-work things: cold brew, the Broncos, and Broadway.

Nick coordinates the Goddard CBC Social Justice Prize and handles book sorting. He is also a supervisor at a NYC coffee shop. His book passions run from both adult and children’s books about history to graphic novels and Syfy/fantasy. His favorite books are Stamped and Dune. Favorite non-work things: Manga, poetry, and cooking.

As a student in middle school, Padmshree was required to write a book review each week, which quickly became her passion. During her undergraduate studies, she focused on Biotechnology and developed a solid understanding of microbiology and biochemistry, but her love for books eventually led her to New York, where she is completing her graduate studies in Publishing at Pace University while working at the Birnbaum Library.

Tiffany became a book lover the first time she stepped into her small town public library. Since then, she has gone on to receive her BA in English Literature and Women’s Studies at Flagler College and an MA in Publishing and Writing at Emerson College. Now living in Brooklyn, Tiffany spends most of her time either at the post office or reading on the train. Some non-book related things she loves are sending letters to her friends, sweet tea, and ABBA.

Born and raised in NYC, Briana fell in love with books at a young age when she got her hands on her first library card. She attended SUNY Buffalo State where she earned a BA in Journalism and minored in Creative Writing. After spending four years in production at The New York Times, Briana decided to pursue her passion and first love of books. She is currently a student at Pace University where she is pursuing a MS in Publishing. Briana loves all things nerdy including anime, video games, and comics. She also loves cuddling with her dog, Rico.

Rikki’s love for books started at a young age, and book fairs were always her favorite school event. She earned her BA in English from St. Joseph’s College and is currently pursuing her MS in Publishing at Pace University while living in Brooklyn. She likes to read books in both English and Japanese, and hopes to bring books to people around the world.