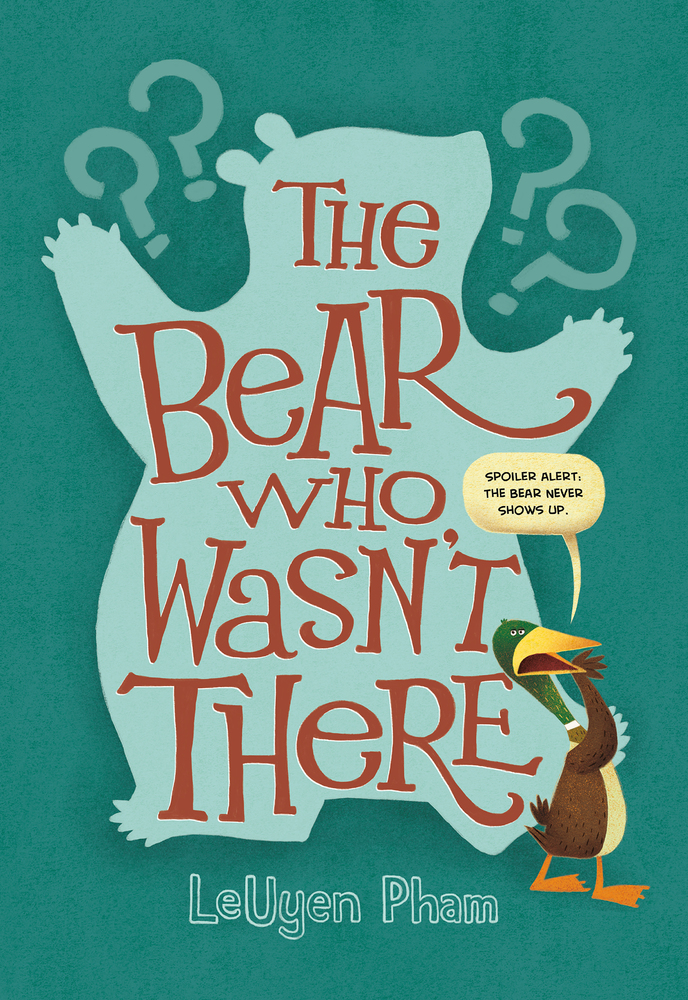 The Bear Who Wasn’t There

This book is about Bear… so what happens when he doesn’t show up on his page? Who will find him? Will it be Giraffe, who himself seems to always be in the wrong place at the wrong time, or Cow, or perhaps even the author herself?

One thing’s for sure–it probably won’t be Duck. Duck doesn’t seem concerned that Bear is missing. In fact, he seems to be trying to steal the show for himself! Duck would much prefer that the reader pick up his own book, The Duck Who Showed Up. He even disguises himself as Bear in an attempt to fool the reader. But after pages and pages of Duck’s antics and search-party chaos, Bear appears somewhere utterly unexpected. In fact, it looks like someone may have tried to get rid of him on purpose….

LeUyen Pham’s The Bear Who Wasn’t There takes readers a hilarious search for the missing title character.