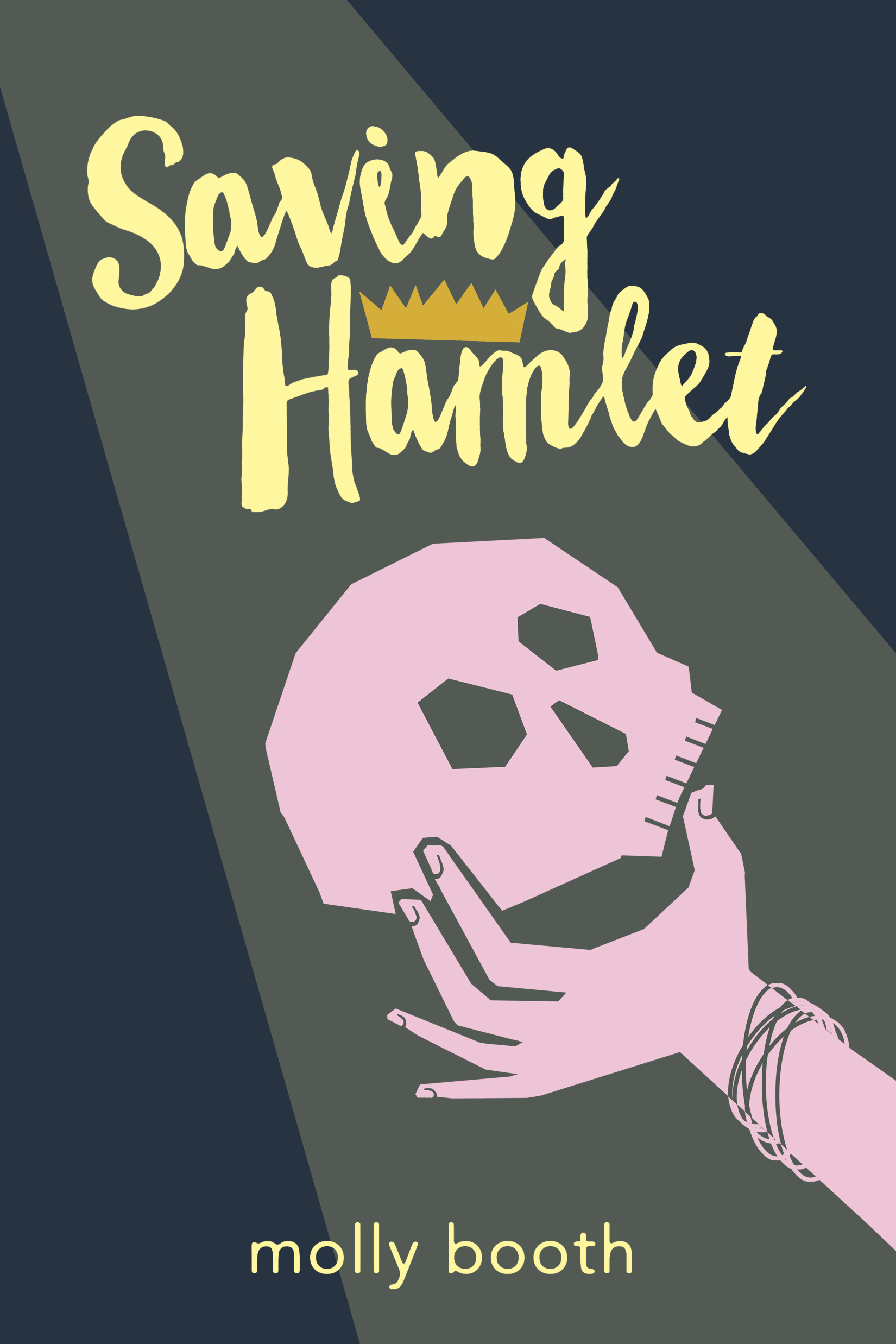 Emma Allen couldn’t be more excited to start her sophomore year. Not only is she the assistant stage manager for the drama club’s production of Hamlet, but her crush Brandon is directing, and she’s rocking a new haircut that’s sure to get his attention. But soon after school starts, everything goes haywire. Emma’s promoted to stage manager with zero experience, her best friend Lulu stops talking to her, and Josh–the adorable soccer boy who’s cast as the lead–turns out to be a disaster. It’s up to Emma to fix it all, but she has no clue where to start.

One night after rehearsal, Emma stays behind to think through her life’s latest crises and distractedly falls through the stage’s trap door . . . landing in the basement of the Globe Theater. It’s London, 1601, and with her awesome new pixie cut, everyone thinks Emma’s a boy, even William Shakespeare himself. With no clue how to get home, Emma gamely plays her role as backstage assistant to the original production of Hamlet, learning a thing or two about the theater, and meeting an incredibly hot actor named Alex who finds Emma as intriguing as she finds him. But once Emma starts traveling back and forth through time, things get really confusing. Which boy is the one for her? In which reality does she belong? Will Lulu ever forgive her? And can she possibly save two disastrous productions of Hamlet before time runs out?