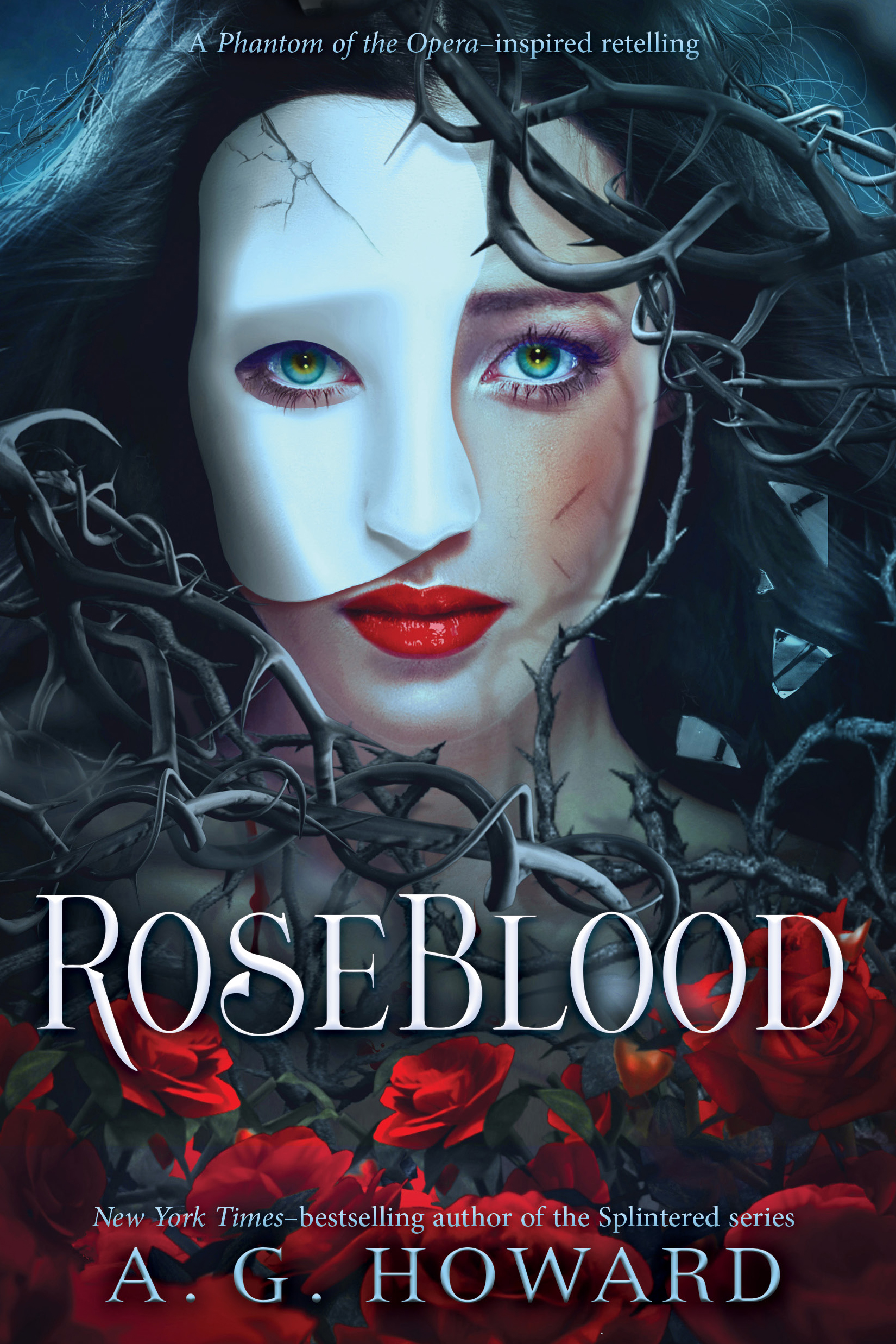 This YA novel from New York Times bestselling author A. G. Howard marks the beginning of a new era for fans of the Splintered series. Rune Germain moves to a boarding school outside of Paris, only to discover that at this opera-house-turned-music-conservatory, phantoms really do exist. RoseBlood is a Phantom of the Opera–inspired retelling in which Rune’s biggest talent—her voice—is also her biggest curse. Fans of Daughter of Smoke and Bone and the Splintered series will find themselves captivated by this pulse-pounding spin on a classic tale.

Rune, whose voice has been compared to that of an angel, has a mysterious affliction linked to her talent that leaves her sick and drained at the end of every performance. Convinced creative direction will cure her, her mother ships her off to a French boarding school for the arts, rumored to have a haunted past.

Shortly after arriving at RoseBlood conservatory, Rune starts to believe something otherworldly is indeed afoot. The mystery boy she’s seen frequenting the graveyard beside the opera house doesn’t have any classes at the school, and vanishes almost as quickly as he appears. When Rune begins to develop a secret friendship with the elusive Thorn, who dresses in clothing straight out of the 19th century, she realizes that in his presence she feels cured. Thorn may be falling for Rune, but the phantom haunting RoseBlood wants her for a very specific and dangerous purpose. As their love continues to grow, Thorn is faced with an impossible choice: lead Rune to her destruction, or save her and face the wrath of the phantom, the only father he’s ever known.

A. G. Howard brings the romantic storytelling that Splintered fans adore to France—and an entirely new world filled with lavish romance and intrigue—in a retelling inspired by a story that has captivated generations. Fans of both the Phantom of the Opera musical and novel, as well as YA retellings such as Marissa Meyer’s Cinder, will devour RoseBlood.