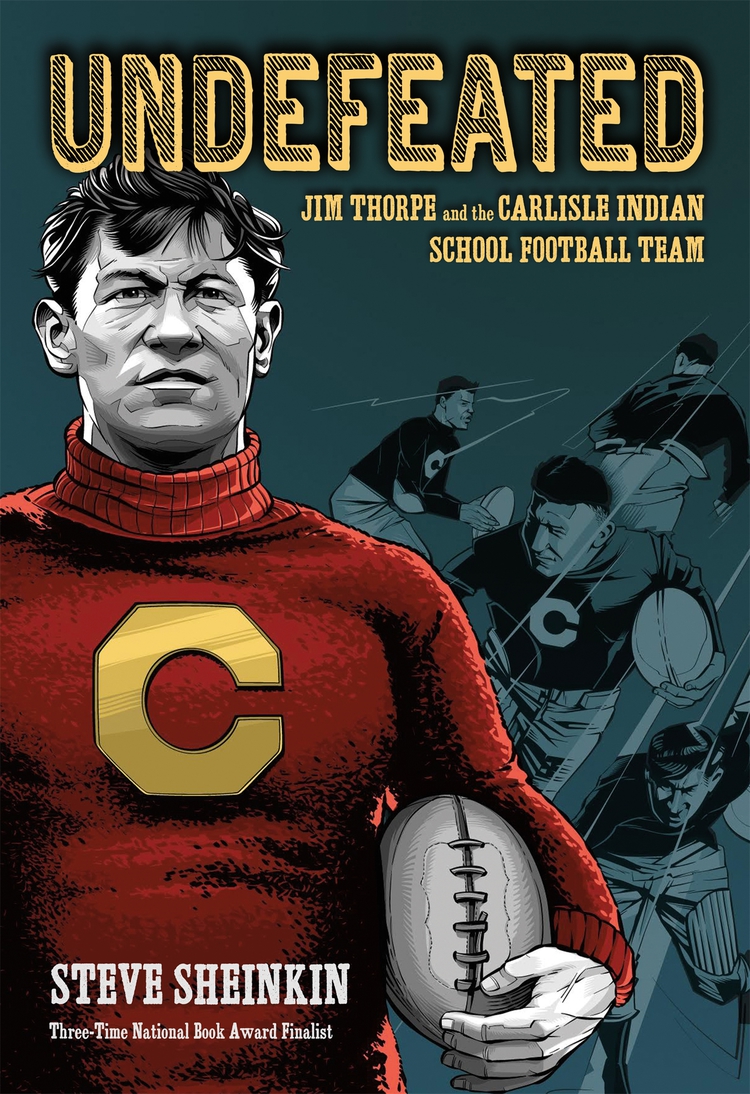 Before these men became legends, they met in 1907 at the Carlisle Indian Industrial School in Pennsylvania, where they forged one of the winningest teams in American football history. Called “the team that invented football,” they took on the best opponents of their day, defeating much more privileged schools such as Harvard and the Army in a series of breathtakingly close calls, genius plays, and bone-crushing hard work.

Undefeated: Jim Thorpe and the Carlisle Indian School Football Team is an astonishing underdog sports story—and more. It’s an unflinching look at the U.S. government’s violent persecution of Native Americans and the school that was designed to erase Indian cultures. Expertly told by nonfiction powerhouse author Steve Sheinkin, it’s the story of a group of young men who came together at that school, the overwhelming obstacles they faced both on and off the field, and their absolute refusal to accept defeatnon-