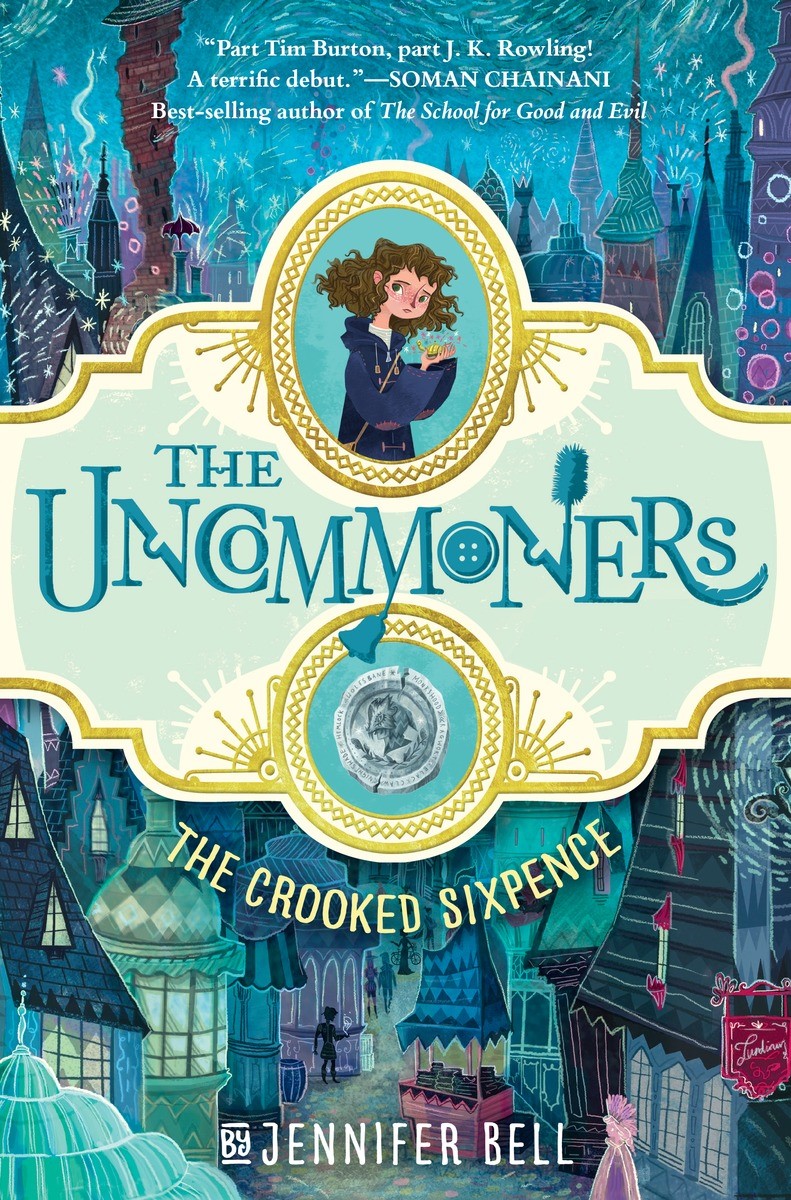 The Uncommoners: The Crooked Sixpence (Book 1)

The first in a fantasy trilogy by a debut novelist / London children’s bookseller in which objects endowed with magical powers are hidden in an underground world beneath London! Already a UK bestseller and hit #3 on the UK Paperback Bestsellers List! When the underguards show up–officers brandishing toilet brushes–eleven-year-old Ivy Sparrow and her older brother, Seb, go tumbling into a world that is anything but ordinary. Welcome to Lundinor, a secret underground city where enchanted objects are capable of extraordinary things. There Ivy and Seb will come face to face with uncommon people (live and dead) who trade in uncommon goods – belts that enable the wearer to fly; yo-yos that turn into weapons; buttons with curative properties; and more.