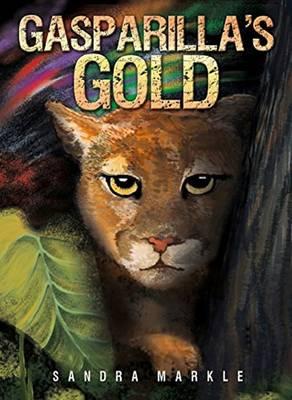 It’s an action-packed heart-tug with a good sprinkle of humor as twelve-year old Gus whose struggle to cope with his older brother’s death has left him fearful is drawn into hunting for pirate treasure with a feisty girl and a zany movie prop creator.

But, on the Florida island where Gus is spending the summer, there’s something even more valuable than gold—a wild panther cub. The National Wildlife Federation reports less than 100 Florida panthers remain living wild and free. Will Gus regain his courage in time to save the cub from poachers? And will Gus and his band of treasure hunters solve the mystery of the pirate’s map he discovered to dig up Gasparilla’s buried gold?

There’s a lot at stake and only a summer to make it happen.