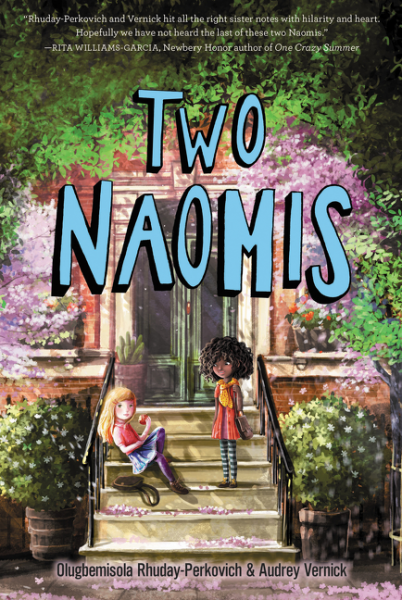 by Olugbemisola Rhuday-Perkovich and Audrey Vernick

Naomi Marie’s parents are divorced. Naomi Edith’s parents are ALSO divorced. But now, Naomi Marie’s mother is dating Naomi Edith’s father-even though THEIR DAUGHTERS HAVE THE SAME NAME WHICH SHOULD SURELY BE A SIGN THAT THEY WERE NOT MEANT TO DATE. What are two New York City Naomis supposed to do? Then their parents sign them up for a coding club called Girls Gaming the System—AND they’re teamed up to create a whole new game. Suddenly it’s not just about a new Naomi, but a whole new life-and everything seems to be spinning out of control.