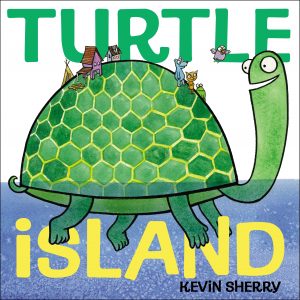 Turtle is big. But the ocean is bigger. And Turtle is all alone. Until four shipwrecked folks–a bear, an owl, a frog, and a cat–climb to safety on his shell. Before long, they’re fast friends, and the sea doesn’t seem so vast anymore. But when Frog confides that he misses his family, Turtle doesn’t understand. Isn’t he their family? And when the group decides to sail for home, will Turtle be left behind? Never fear–a surprise on the horizon promises friends, family, and a home at last. Uplifting and heartfelt, this is a book about the power of friendship and making a home of one’s own.