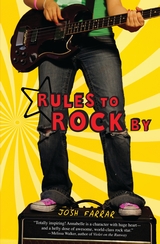 Rules to Rock By

You’d never guess it now, but Annabelle Cabrera used to be a rock star. And not like her mom or dad called her a “total rock star” after she won a spelling bee or something. She was a real rock star, the bassist of Egg Mountain, the most popular band in the New York music scene. But when her parents uproot her from Brooklyn and move her to Rhode Island so they can record their own album, Annabelle feels lost. Starting a new band isn’t as easy as she’d hoped, the school’s rival band is a bunch of bullies, and her parents are so immersed in recording that they’re completely neglecting Annabelle and her younger brother. How can Annabelle truly make herself heard?