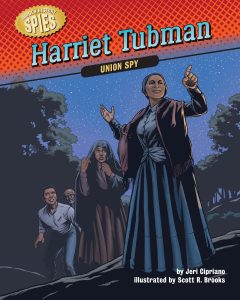 The story of Harriet Tubman and her role in leading slaves to freedom along the Underground Railroad is well-known. But did you know that during the Civil War Harriet would often dress in disguise to gain important information to share with the Union Army?