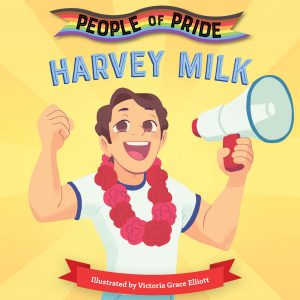 In this beautifully illustrated board book series, parents can celebrate the accomplishments of LGBTQ heroes and introduce their little ones to the trailblazers who have shaped our world.

Harvey Milk was the first openly gay elected official in California. As a pro-LGBTQ politician, he advocated against the discrimination of LGBTQ people and became a beacon of hope for the LGBTQ community. His success in politics and his charming personality made him an icon. He championed LGBTQ causes and encouraged closeted members of the community to come out to friends and family.