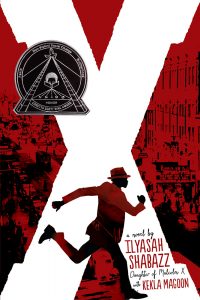 Malcolm Little’s parents have always told him that he can achieve anything, but from what he can tell, that’s a pack of lies. There’s no point in trying, he figures, and lured by the nightlife of Boston and New York, he escapes into a world of fancy suits, jazz, girls, and reefer. But Malcolm’s efforts to leave the past behind lead him into increasingly dangerous territory. X follows the boy who would become Malcolm X from his childhood to his imprisonment for theft at age twenty, when he found the faith that would lead him to forge a new path and command a voice that still resonates today.