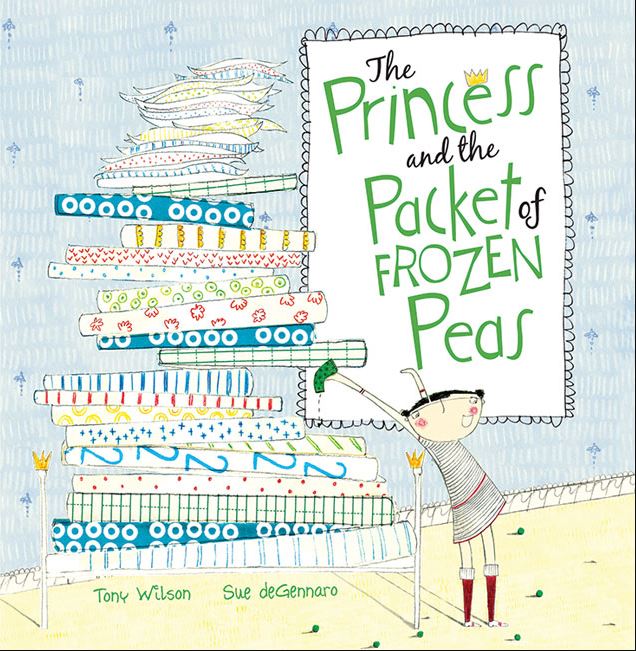 The Princess and the Packet of Frozen Peas

Prince Henrik wants to marry an outdoorsy kind of girl, and he knows just how to find her: instead of a single pea tucked into a pile of bedding, Henrik tests prospective brides with an entire packet of frozen peas shoved under a flimsy camping mattress. Henrik despairs as princess after princess complains. He begins to believe he’ll never find the girl of his dreams, until one day she shows up unexpectedly in the form of his old friend, Pippa. Pippa is all too happy to join Henrik in pitching a tent or playing a hard game of hockey, after which she finds the perfect use for that packet of frozen peas!