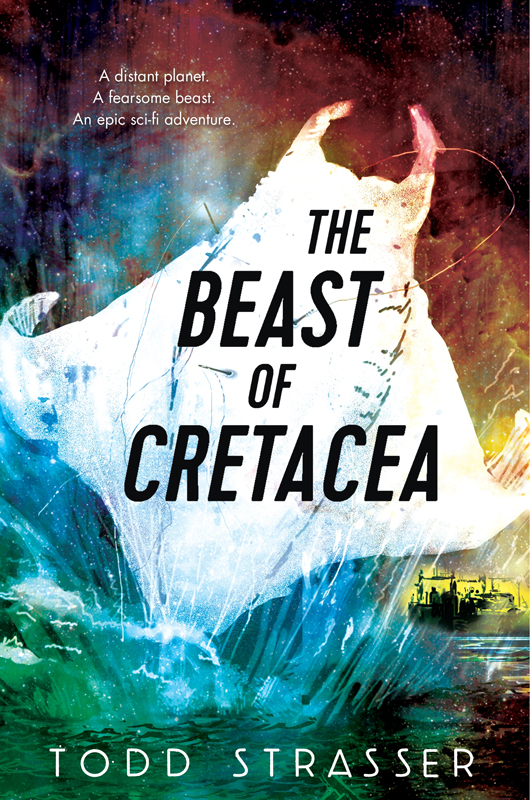 When seventeen-year-old Ishmael wakes up from stasis aboard the Pequod, he is amazed by how different this planet is from the dirty, dying, Shroud-covered Earth he left behind. But Ishmael isn’t on Cretacea to marvel at the fresh air, sunshine, and endless blue ocean. He’s here to work, risking his life to hunt down great ocean-dwelling beasts to harvest and send back to the resource-depleted Earth. Even though easy prey abounds, time and again the chase boat crews are ordered to ignore it in order to pursue the elusive Great Terrafin. It’s rumored that the ship’s captain, Ahab, lost his leg to the beast years ago, and that he’s now consumed by revenge. But there may be more to Captain Ahab’s obsession. Dark secrets and dangerous exploits swirl around the pursuit of the beast, and Ishmael must do his best to survive—if he can.

Master storyteller Todd Strasser re-imagines the classic tale of Moby Dick as set in the future—and takes readers on an epic sci-fi adventure.