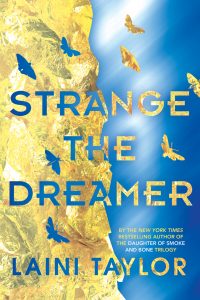 Twelve years ago, there was a war between gods and mortals…and the mortals won. The gods are gone–driven away–but they left something precious behind.

They left their children.

In the savagery of the war and its aftermath, the humans rounded up the half-caste bastard children of the gods, and put them to death.

But they missed a few.

Teenagers now, Sarai, Minya, Feral, Sparrow, and Ruby live in the gods’ citadel–full of power and with nothing to do, but survive.

Until one day…their life in hiding is threatened.