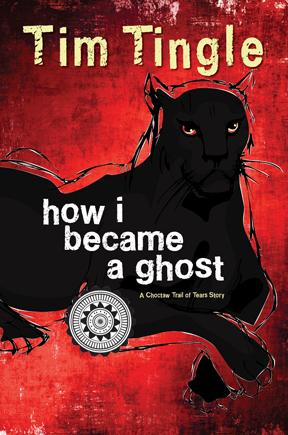 How I Became A Ghost

Told in the words of Isaac, a Choctaw boy who does not survive the Trail of Tears, How I Became a Ghost is a tale of innocence and resilience in the face of tragedy. From the opening line, “Maybe you have never read a book written by a ghost before,” the reader is put on notice that this is no normal book. Isaac tells the story of his tribe’s removal from the only land its people have ever known, and how that journey to what would become Oklahoma led him to become a ghost—one with the ability to help those he left behind. Isaac leads a remarkable foursome of Choctaw comrades: a tough-minded teenage girl, a shape-shifting panther boy, a lovable five-year-old ghost who only wants her mom and dad to be happy, and Isaac’s talking dog, Jumper. The first in a trilogy, How I Became a Ghost thinly disguises an important and oft-overlooked piece of history.