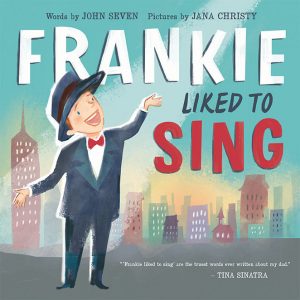 Frankie Liked to Sing celebrates the life of Frank Sinatra, whose iconic voice changed popular music forever and influenced generations of listeners all over the world. From his early days in Hoboken, New Jersey, to making it big in New York City, Sinatra was determined to follow his dream of being a singer and moving people with his voice. And now, one hundred years after his birth, his legacy lives on with this spirited and loving tribute.