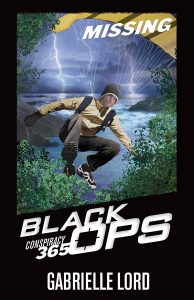 Cal and all his friends from Conspiracy 365 are back in a new simultaneous release three-book adventure series! Ryan has disappeared and Cal receives a cryptic note: 90 days. Cal agrees to work as an undercover agent for SI-6 to discover the whereabouts of his twin. But at an island getaway for troubled teens, Cal quickly discovers things are not as they seem. With secret hide-outs, underground training camps, dangerous clues and treacherous terrain, Cal has to face his most heart-stopping challenges yet. His adventures continue in Hunted and Endgame, all available now.
He has 90 days. The countdown has begun…