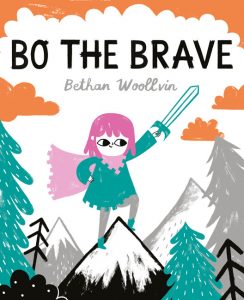 A feisty little girl learns who the real monsters are in this brilliantly funny medieval adventure.
Once, there lived a little girl called Bo. Bo wanted to be just like her brothers and capture a fearsome monster. Bo is small, too small to catch a monster—or so her brothers say. But Bo isn’t one to take no for an answer, so she sets off on a quest to catch a monster of her own. Can she defeat the furious griffin, conquer the hideous kraken, and triumph over the monstrous dragon? Or has Bo got the wrong idea who the real monsters are?