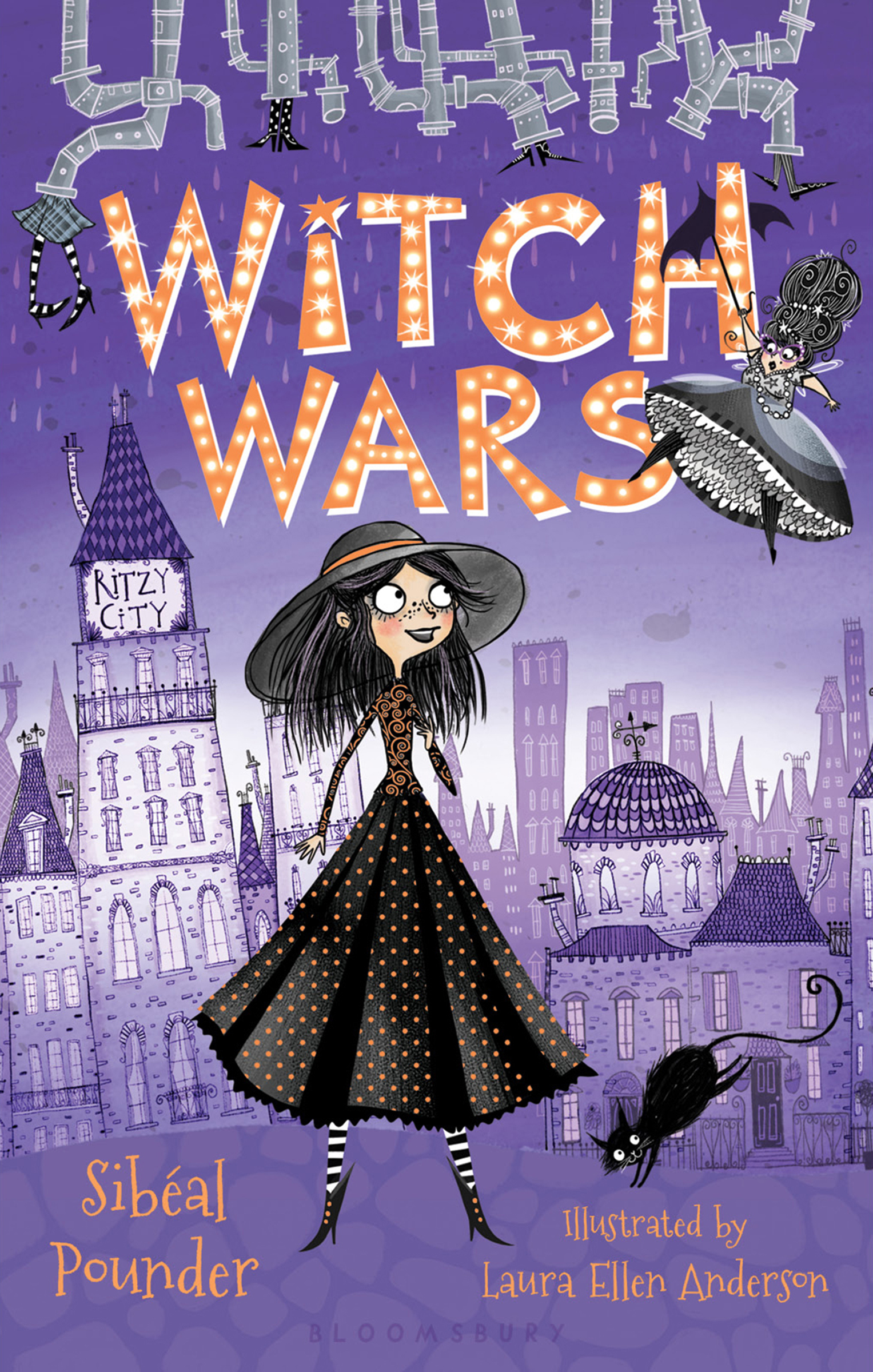 When Fran the Fabulous Fairy turns up in Tiga Whicabim’s shed to tell her she’s a witch, Tiga doesn’t believe her. Or at least not until Fran points out that TIGA WHICABIM is actually an anagram of I AM A BIG WITCH . . . and takes Tiga through the drainpipes to compete in a challenge to crown the next Top Witch of Ritzy City. No one expects a witch from ‘above the pipes’ to be a serious contender, but soon Tiga and her new best friend, Peggy Pigwiggle, are at the head of the pack! Does one of them have what it takes to win?

There will be spells. There will be shrunken heads. But most of all, there will be serious shoe envy. Perfect for fans of Sarah Mlynowski’s Whatever After series and filled with hilarious black-and-white illustrations, delectable dresses, and ridiculous riddles, Witch Wars is whimsical, magical fun!