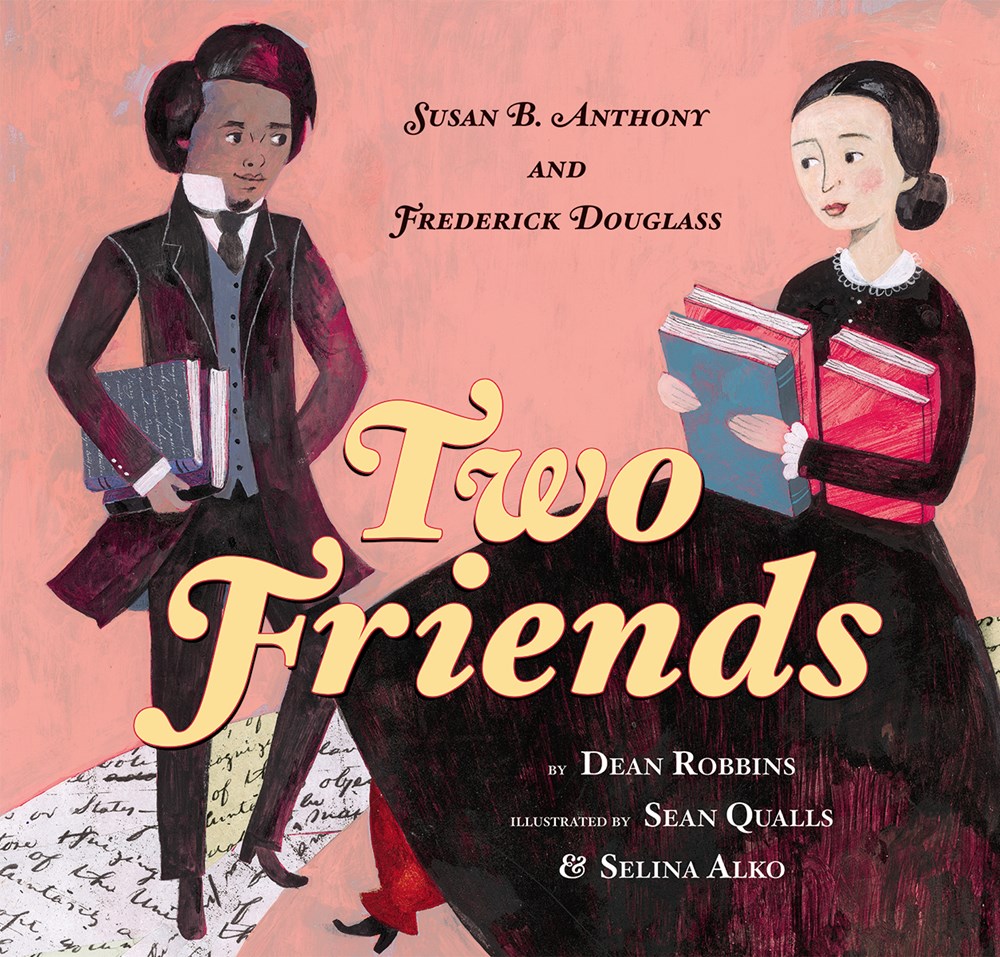 Two friends, Susan B. Anthony and Frederick Douglass, get together for tea and conversation. They recount their similar stories fighting to win rights for women and African Americans. The premise of this particular exchange between the two is based on a statue in their hometown of Rochester, New York, which shows the two friends having tea.

The text by award-winning writer Dean Robbins teaches about the fight for women’s and African Americans’ rights in an accessible, engaging manner for young children. Two Friends is beautifully illustrated by Selina Alko and Sean Qualls, the husband-and-wife team whose The Case for Loving received three starred reviews! Two Friends includes back matter with photos of Susan B. Anthony and Frederick Douglass.