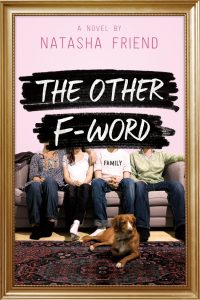 Milo has two great moms, but he’s never known what it’s like to have a  dad. When Milo’s doctor suggests asking his biological father to  undergo genetic testing to shed some light on Milo’s extreme allergies, he realizes this is a  golden opportunity to find the man he’s always wondered about.

Hollis’s  mom Leigh hasn’t been the same since her other mom, Pam, passed away seven years ago. But suddenly, Leigh seems happy—giddy, even—by the  thought of reconnecting with Hollis’s half-brother Milo. Hollis and Milo  were conceived using the same sperm donor. They met once, years ago,  before Pam died.

Now  Milo has reached out to Hollis to help him find their donor. Along the  way, they locate three other donor siblings, and they discover the true  meaning of the other F-word: family.