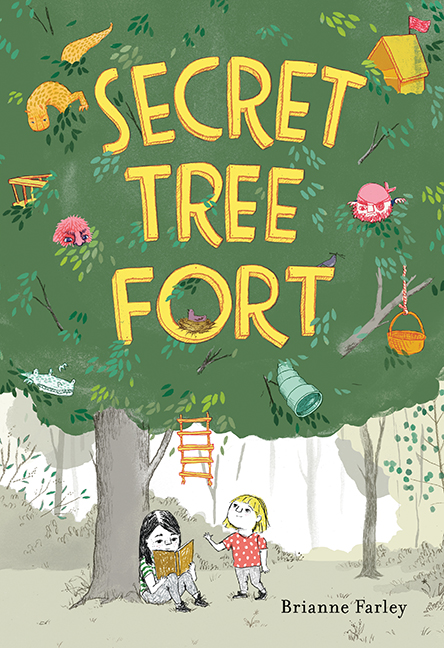 When two sisters are ushered outside to play, one sits under a tree with a book while the other regales her with descriptions of a cool fort in a tree that grows ever more fantastical in the telling. What will it take to get the older sister to look up? The promise of a water-balloon launcher in case of attack? A trapdoor to stargaze through? A crow’s nest from which to see how many whales pass by or to watch for pirates? Or the best part of all, which can’t be revealed, because it’s a secret?