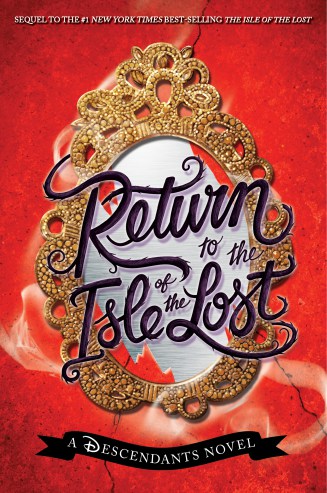 Return to the Isle of the Lost: A Descendants Novel

For the reader who wants to hear the story of what became of their favorite Disney villains’ children, Mal’s an expert at intimidating her enemies

The sequel to the #1 New York Times bestseller, The Isle of the Lost. Mal’s an expert at intimidating her enemies, but she’s broken the habit since leaving her villainous roots behind. So when she and her friends Evie, Carlos, and Jay all receive threatening messages demanding they return home, Mal can’t believe it. Sure, she’s King Ben’s girlfriend now, and she’s usually nice to her classmates, but she still didn’t think anyone would be silly enough to try to push her around. The thing is, it kind of worked. And when Evie looks into her Magic Mirror, what she sees only confirms their fears. Will the kids be able to beat the evil bubbling at the Isle’s wicked core, or will the plot to destroy Auradon succeed?