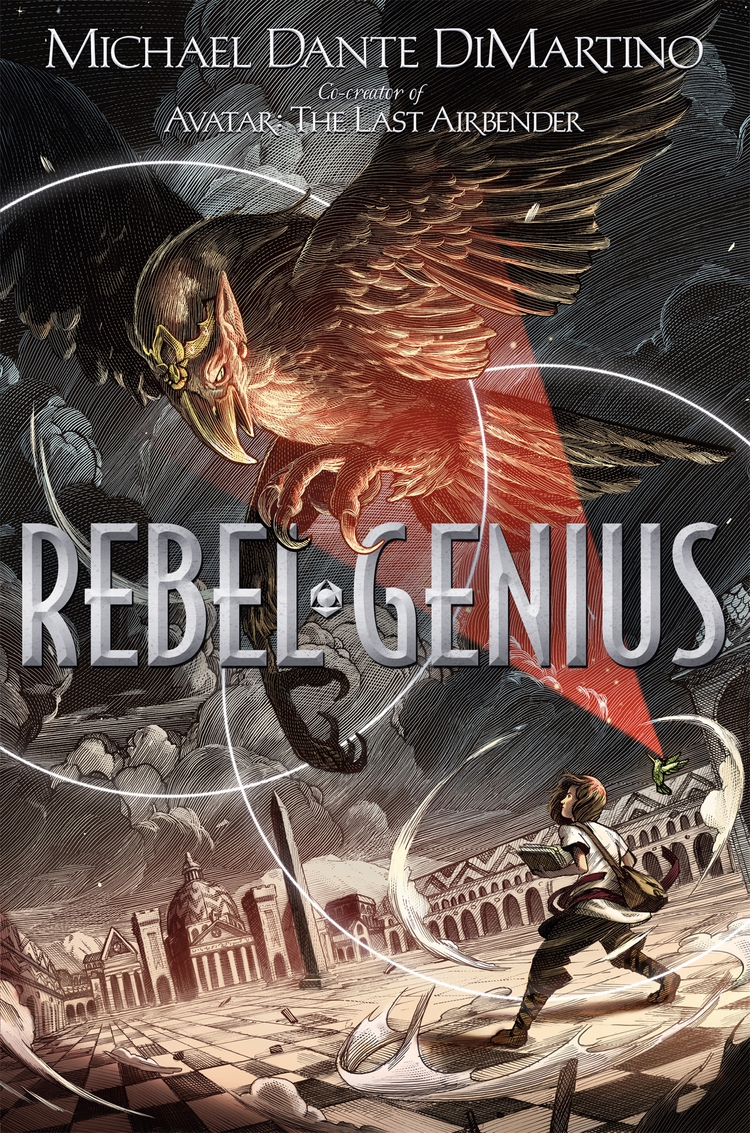 For the reader who loves adventure…

A new fantasy-adventure series from the co-creator of the hit animated shows Avatar: The Last Airbender and The Legend of Korra!

In twelve-year-old Giacomo’s Renaissance-inspired world, art is powerful, dangerous, and outlawed. A few artists possess Geniuses, birdlike creatures that are the living embodiment of an artist’s creative spirit. Those caught with one face a punishment akin to death, so when Giacomo discovers he has a Genius, he knows he’s in serious trouble.

Luckily, he finds safety in a secret studio where young artists and their Geniuses train in sacred geometry to channel their creative energies as weapons. But when a murderous artist goes after the three Sacred Tools–objects that would allow him to destroy the world and everyone in his path—Giacomo and his friends must risk their lives to stop him.