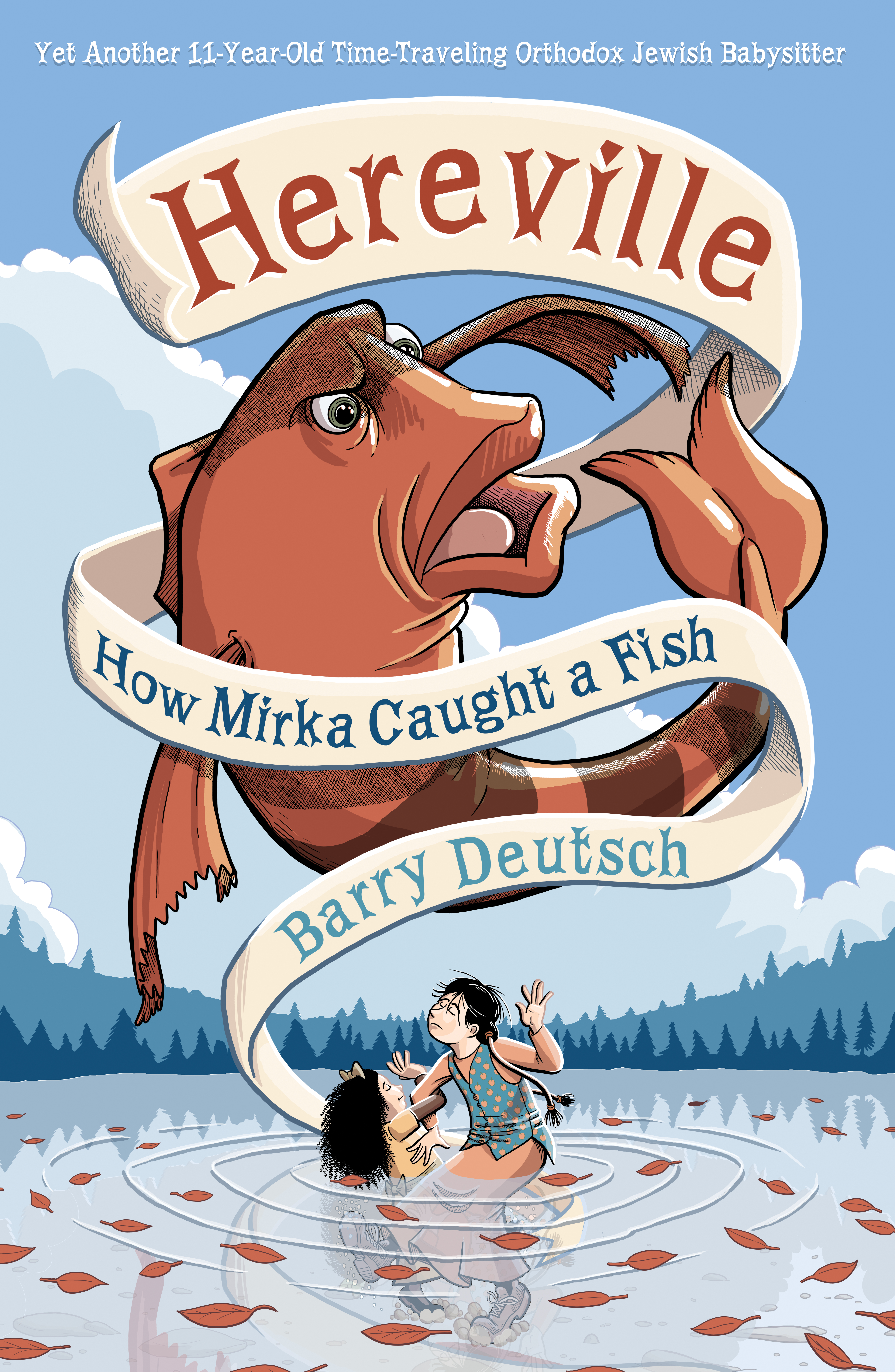 Hereville: How Mirka Caught a Fish

Welcome back to Hereville, where Mirka, the world’s first time-traveling, monster-fighting Orthodox Jewish girl, faces her greatest challenge yet: babysitting! Mirka just wants to find new adventures, but instead she’s stuck babysitting her disapproving little sister, Layele. When Mirka pushes her sister into a stream, they both get in too deep with an angry magic fish. No matter how hard Mirka fights this fish-out-of-water, it gets stronger and stronger—and it’s out for revenge. Mirka is in over her head, and this time, her whole family is on the line! When the fish kidnaps Layele, Mirka must find a way to save her little sister, and the clues she needs are hidden in her stepmother Fruma’s past. Mixing adventure, cultural traditions, squabbling siblings, and preteen commotion, Hereville: How Mirka Caught a Fish is sure to captivate readers with its exciting visuals and indomitable heroine.