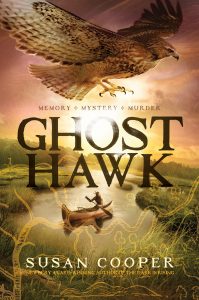 On the winter day Little Hawk is sent into the woods alone, he can take only a bow and arrows, the tomahawk his father crafted, and the amazing metal knife that his father traded for with the new white settlers. If Little Hawk survives three moons by himself, he will be a man. But his triumphant return is crushed by the death of his entire village by disease. The rest of his life is shaped by interactions between his people and the new settlers.

John Wakely is ten when his father dies, but he has already experienced the warmth and friendship of the native tribes. He is a minority in the settlements, though. When he is apprenticed to a barrel-maker, John sees how quickly the relationships between settlers and natives are deteriorating. Through his lifelong friendship with Little Hawk, John develops his beliefs in tolerance and acceptance.

The intertwining stories of Little Hawk and John Wakely are a fascinating tale of friendship illuminating the history of our nation.