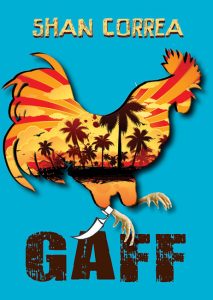 Paul Silva lives in a paradise―a little farm high in the hills of a lush, green island in Hawaii―where his disabled father makes a living by raising, training, and caring for roosters. But Paul has been sheltered from the harsh reality of the ties between the family business and the underworld of cockfighting. When a friend’s older brother decides to initiate Paul into the macho culture of cockfighting, Paul is shocked by what he sees. Illegal drugs. Gambling. But worst of all is the spectacle in the cockpit. With razor-sharp blades―gaffs―attached to their heels, the birds ruthlessly attack each other in a bloody fight to the death. Sickened by the brutal scene, Paul vows to find a way to get his family out of the business altogether. Eventually Paul learns to meet the tests of making decisions in the real world, which is far from a paradise.