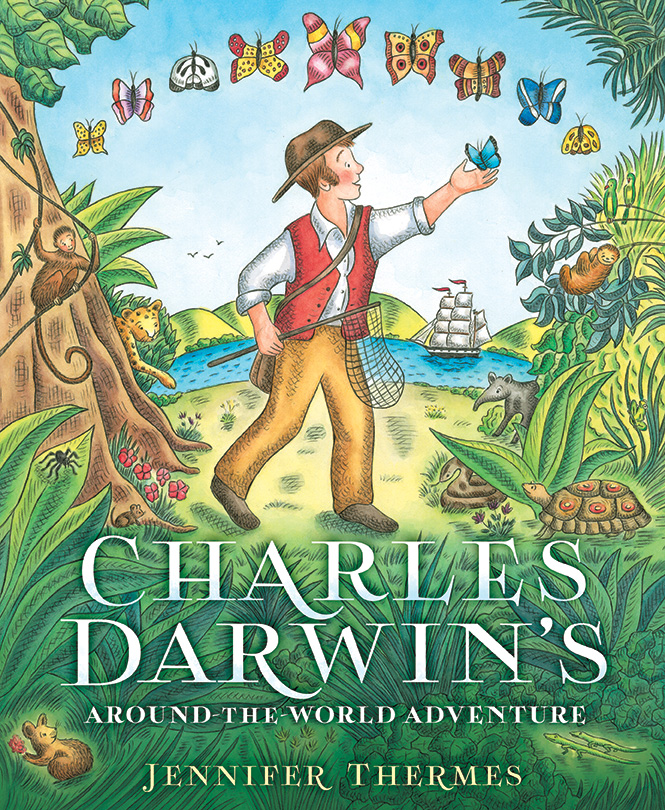 For the Reader who loves to explore.

In 1831, Charles Darwin embarked on his first voyage. Though he was a scientist by profession, he was an explorer at heart. While journeying around South America for the first time aboard a ninety-foot-long ship named the Beagle, Charles collected insects, dug up bones, galloped with gauchos, encountered volcanoes and earthquakes, and even ate armadillo for breakfast! The discoveries he made during this adventure would later inspire ideas that changed how we see the world.