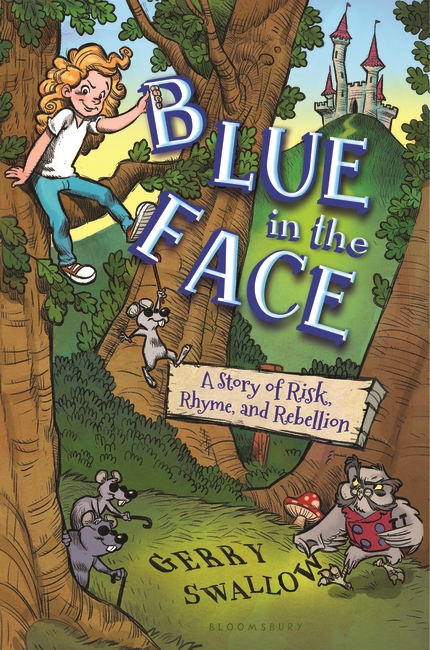 Blue in the Face

When Elspeth Pule, an eleven-year-old brat, wakes up one day in a strange forest, she finds some familiar faces around her–those of the nursery rhyme characters she grew up reading about. But as she soon learns from Humpty Dumpy, a suave, tuxedo-wearing egg, what she knows is a twisted version of the truth concocted by the evil Old King Krool–and none of the characters are who she thinks.

Elspeth couldn’t care less, but she soon gets pulled into the fight against Krool’s tyranny. And if she wants to get home, she’ll need to learn some compassion–and teach the characters that sometimes a good old-fashioned tantrum is exactly what’s necessary.

Told in a hilarious voice and with black and white illustrations throughout, this “revolutionary” tale is perfect for fans of Pseudonymous Bosch and Lemony Snicket.