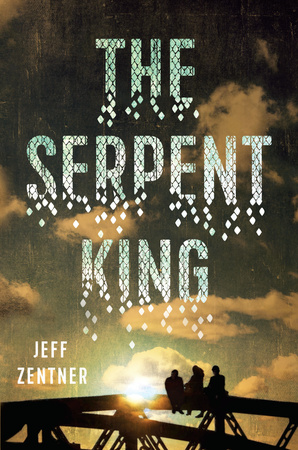 The son of a Pentecostal preacher faces his personal demons as he and his two outcast friends try to make it through their senior year of high school in rural Forrestville, Tennessee, without letting the small-town culture destroy their creative spirits and sense of self.

Dillard Early, Jr., Travis Bohannon, and Lydia Blankenship are three friends from different walks of life who have one thing in common: none of them seem to fit the mold in rural Tennessee’s Forrestville High. Dill has always been branded as an outsider due to his family heritage as snake handlers and poison drinkers, an essential part of their Pentecostal faith. But after his father is sent to prison for sexual abuse of a young parishioner, Dill and his mother become real pariahs. His only two friends are Travis, a gentle giant who works at his family’s lumberyard and is obsessed with a Game of Thrones-like fantasy series (much to his alcoholic father’s chagrin); and Lydia, who runs a popular fashion blog that’s part Tavi Gevinson and part Angela Chase, and is actively plotting her escape from Redneckville, Tennessee.

As the three friends begin their senior year, it becomes clear that they won’t all be getting to start a promising new life after graduation. How they deal with their diverging paths could cause the end of their friendship. Until a shattering act of random violence forces Dill to wrestle with his dark legacy and find a way into the light of a future worth living.