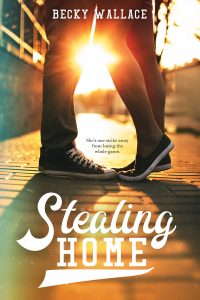 Ryan Russell has life perfectly planned. She’s going to take over her family’s team, the Buckley Beavers, and become one of the only female General Managers in minor league baseball.

Then Sawyer Campbell shows up, and Ryan’s carefully laid plans are thrown a major curveball. Sawyer is far more charming than the arrogant jocks she usually manages, though fraternizing is against every rule in the Beaver’s handbook.

But after figuring out the desperate state of the team’s finances, Ryan will have to take risks in order to save her future. She teams up with Sawyer, using his star power to draw in sponsors. But the more time she spends with him, the harder it becomes to play by the rules. Is his partnership the key to saving the Beavers, or a distraction she can’t afford?