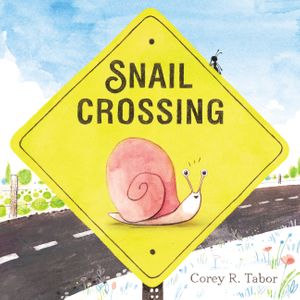 When Snail spies a plump, crisp cabbage across the road, nothing will stop him — not a speeding car or even a hungry crow. He’s cabbage bound! But when kindhearted Snail stops to help a crew of antsy ants in a rainstorm, he loses his way. It looks like he will never get his treat — until Snail’s new friends come up with an ingenious idea…

In a book that is as cheerful and charming as Snail himself, Corey Tabor tells a winning tale of slow but steady Snail, whose determination and kindness bring him the best reward of all: friendship.