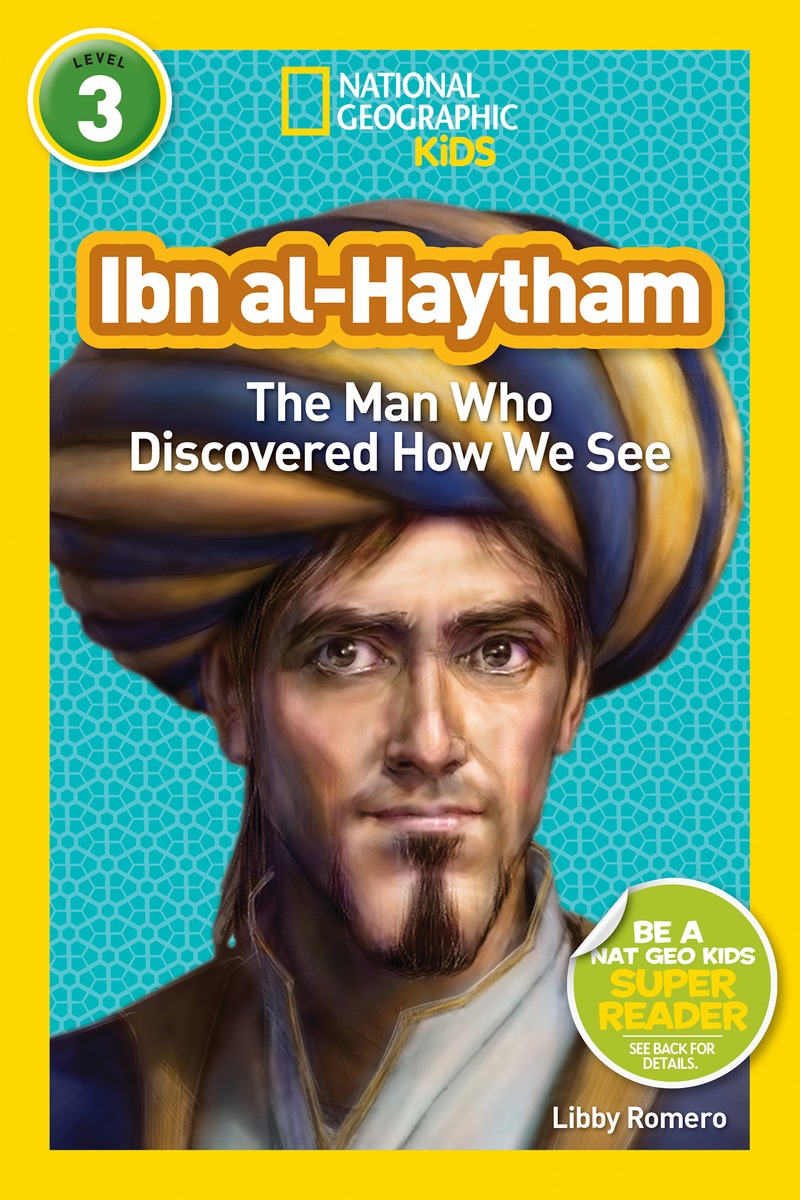 Celebrated in a film featuring Omar Sharif in his final role, meet the scientist known as the “Father of Optics,” Ibn al-Haytham!

During the golden age of science, knowledge, and invention in Muslim civilization — also known as the “Dark Ages” in Western Europe — this incredible scholar discovered how we see and set the stage for the methods we now know as the scientific process. Packed with beautiful and engaging photos, kids will learn all about this fascinating scientist.

The Level 3 text provides accessible, yet wide-ranging, information for independent readers. This book is a companion to the international educational campaign, “1001 Inventions and the World of Ibn al-Haytham,” that includes interactive exhibits, workshops, live shows, and a 12-minute film starring Omar Sharif in his final film role before his death.