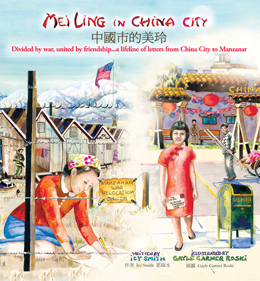 Based on a true story of events during World War II in Los Angeles China City, a 12-year-old Chinese American girl named Mei Ling Lee is separated from her best friend Yayeko Akiyama when she and her family were interned in the Manzanar War Relocation Center. By writing letters to each other, both young girls recount their painful separation and their lives in China City and Manzanar.