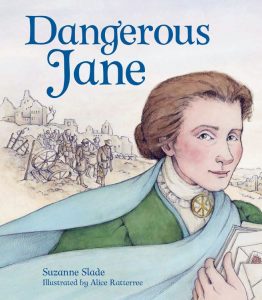 From the time she was a child, Jane Addams’s heart ached for others. At first the focus of her efforts was on poverty, and lead to the creation of Hull House, the settlement house she built in Chicago. For twenty-five years, she’d helped people from different countries live in peace at Hull House. But when war broke out, Jane decided to take on the world and become a dangerous woman for the sake of peace, which eventually won her the Nobel Peace Prize, but also won her the title “Most Dangerous Woman in America” by the FBI.