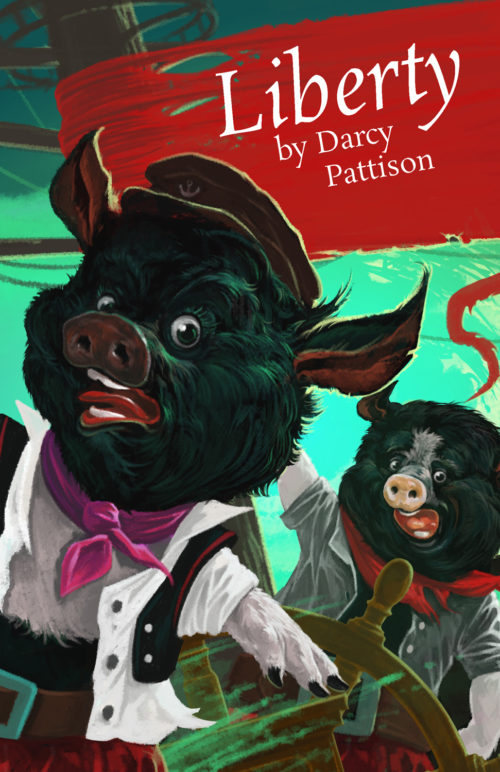 When Santiago is thrust into the farm’s pigsty, Penelope is captivated by Santiago Talbert’s boast, “I plan to sail the Seven Seas.” Together, these extraordinary pigs escape the farm and cross into the land of Liberty, a parallel world where an intelligent human or animal can get ahead. They follow their dream to Boston Harbor, where they try to convince sea captains that pigs can sail. First, though, Santiago learns map-making, while Penelope works on the docks loading ships. Eventually Penelope signs onto the Ice King’s crew as he cuts and packs ice to ship to the far-flung corners of the world.

When the fleet of ice ships sails, Penelope and Santiago join the crew of the flagship, captained by Captain Kingsley, the Ice King himself. A massive polar bear, he harbors dark secrets, and the pigs face the shocking truth: they alone can save the friendly sea serpents from the Ice King’s clutches.

From the fascinating world of tall ships comes this unlikely tale of humble pigs who follow their dream. Come and join the Talberts on their journey.