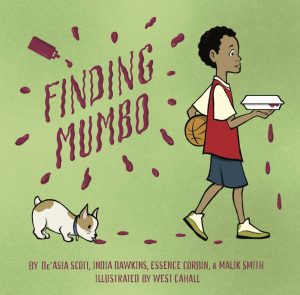 Rahim loves his dog Mumbo, and Mumbo loves himself some Mumbo sauce. The two are best friends, but lately Rahim has been getting frustrated by all the chores that come along with taking care of a dog — especially the ones that get in the way of him playing basketball. On the day before his big tournament, Rahim’s dad makes him take Mumbo out, but he’s running late for practice, so he tries to multi-task… and when practice is over, Mumbo is gone. Can Rahim figure out how to find his beloved dog AND play in the big game?