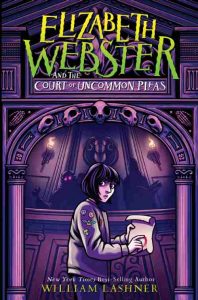 Elizabeth Webster and the Court of Uncommon Pleas

Twelve-year-old Elizabeth has just found out her dad’s true profession: an attorney for the damned. Now she has to solve the mystery of the ghost that has appeared in Henry Harrison’s house and why the ghost seems to be connected to her.