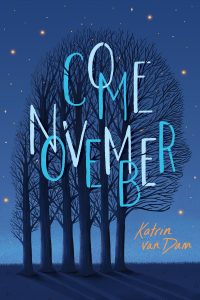 This refreshingly original, contemporary YA debut centers on Rooney, a teen girl struggling to hold her family together in the face of her mother’s delusions.

It’s not the end of the world, but for Rooney Harris it’s starting to feel that way. It’s the beginning of senior year, and her mom just lost her job. Even worse, she isn’t planning to get another one. Instead, she’s spending every waking moment with a group called the Next World Society, whose members are convinced they’ll be leaving Earth behind on November 17. It sounds crazy to Rooney, but to her mother and younger brother it sounds like salvation. As her mom’s obsession threatens to tear their lives apart, Rooney is scrambling to hold it all together. But will saving her family mean sacrificing her dreams — or theirs?