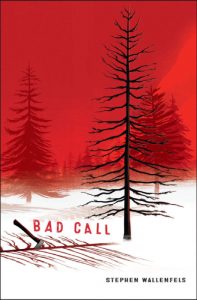 During a late-night poker game, tennis teammates Colin, Ceo, Grahame, and Rhody make a pact to go on a camping trip in Yosemite National Park. And poker vows can’t be broken. The first sign that they should ditch the plan is when Rhody backs out. The next is when Ceo replaces him with Ellie, a girl Grahame and Colin have never even heard of. And then there’s the forest fire at their intended campsite. But instead of bailing, they decide to take the treacherous Snow Creek Falls Trail to the top of Yosemite Valley. Then one of them goes missing, leaving behind a bloody trail that points to murder. But who did it? Was it one of them? Desperate to find out, the hikers must decide who to trust in order to make it out of the valley and weather the never-ending storm.