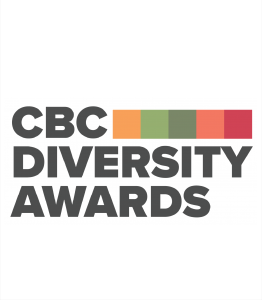 New York, NY – September 17, 2020 – The CBC Diversity Committee is proud to announce the winners of the 3rd Annual CBC Diversity Outstanding Achievement Awards. These awards are given annually to professionals or organizations in the children’s publishing industry who have made a significant impact on publishing diverse titles, their promotion, diversity in hiring and mentoring, plus efforts that create public awareness about the importance of diverse voices.

Kait Feldmann joined Scholastic in 2014 and is building her list with an emphasis on picture books and graphic novels by BIPOC creators, including Aida Salazar, Isuri, Jon Lau, Isabella Kung, Sarah Jung, Shannon Wright, Gracey Zhang, and more! Kait is also the VP/Director of Special Projects for People of Color in Publishing, the founder and chair of the Scholastic Diversity Committee, and a member of the Diverse BookFinder Advisory Council.

With over 8 years of book publishing experience, Ebony LaDelle works with authors such as Angie Thomas, Ibi Zoboi, Elizabeth Acevedo, Tahereh Mafi and countless others. She helps strategize and create content for Epic Reads, HarperCollins online young adult book community with over 7 million followers across all social platforms and online, and is the co-host of Why Not YA?, a monthly video series where we interview authors in the young adult space, with Karah Preiss from Belletrist.

Christopher Myers is a widely acclaimed author and illustrator and heads up the Make Me a World imprint at Random House Children’s Books. The imprint launched in September 2019 with the release of Pet by Akwaeke Emezi, which went on to become a National Book Award finalist, and has since released other acclaimed projects, including Gravity by Sarah Deming, How to Solve a Problem by Ashima Shiraishi, and Child of the Universe by Ray Jayawardhana. In addition to illustrating his own titles, he has worked with numerous authors, including E. E. Cummings, Zora Neale Hurston, and his father, Walter Dean Myers.

Kweli means “truth” in Swahili. Under the direction of Laura Pegram, since 2009, Kweli’s mission has been to seek out and legitimize the work of Indigenous writers and writers of color that “sing the truth.” Kweli’s Color of Children’s Literature Conference is the nation’s largest conference for BIPOC creators of children’s and YA books.

Jamie Tan first cut her teeth in the book business by working as a bookseller at Changing Hands. With a master’s degree in children’s literature from Simmons College, Jamie has worked at Candlewick Press for six years, is a former member of the CBC Diversity Committee, and is a PW Star Watch 2020 Honoree. Jamie is committed to lifting up diverse voices within the publishing world and supporting her authors and colleagues with words of encouragement and the occasional confetti cannon.

The winners were announced at the CBC Virtual Annual Meeting in New York City on September 17, and a virtual conversation with the winners will take place in November, moderated by Andrea Davis Pinkney (more details TK). The winners will each select an organization to receive one thousand dollars’ worth of children’s books in their name.

Ryan Mita, CBC staff liaison to the CBC Diversity Committee, said: “The committee had both the joy and responsibility of reviewing nominations from across the children’s publishing. In making their selections, the committee is shining a light on five people who are leaders in the diversity movement through their passionate dedication to change in the children’s book community.”