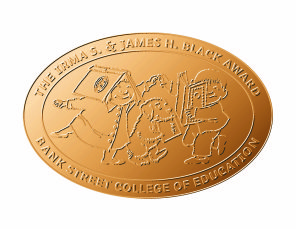 The four contenders for the 2019 Irma S. Black Award have been announced. They are as follows:

We Don’t Eat Our Classmates by Ryan T. Higgins (Disney/Hyperion)

Sun! One in a Billion by Stacy McAnulty, illus. by Stevie Lewis (Henry Holt/Macmillan)

The final winner will be announced on April 19th.  The awards ceremony will take place on Thursday, May 16th at 10:00 a.m.  The winners of the Cook Prize will receive their awards at that time as well.  This event is open to the public.

For more information about the award and the new versions of the seal,  please see the Center for Children’s Literature blog.