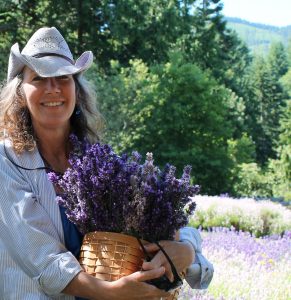 What did you want to be when you grew up?

When asked that ever-present question as a child, I always stated, “I want to be a nurse (like my mom) or a teacher.”  I didn’t really want to be either one but it seemed that those were the only professions anyone’s mom had. Artist or writer was not a choice even though we read a lot of books (somebody wrote those!) and colored in coloring books constantly (somebody drew those!). What I really wanted to be was a cowgirl, a motorcycle rider, or a wanderer in the woods. This is how we played, in the woods exploring, riding our bikes around like the Mod Squad and imagining what life could be outside of our little neck of the woods. With no sense of boundary and distance, of maps and measured miles, the woods seemed to hold magical passages. You entered in one place and somehow emerged somewhere else entirely, in another town. I had found magic right there in the wooded hills of western Pennsylvania. It was everywhere; you just had to look. I did adventure out of the little woods into bigger woods in Colorado, Alaska, and the Pacific Northwest. I only had a motorcycle for one short summer, and as a mother of three I spent plenty of time nursing little ones and as an artist spent a fair amount of time teaching. I am currently writing and illustrating a story about a little girl’s dreams of becoming a cowgirl. All things come around.

When did you know you were an illustrator?

I was a dreamy kid. I could color with crayons for hours, exploring my thoughts. My relationship to color began with a Christmas set of 72 crayons bearing color names as mysterious as their visual sensation: periwinkle, maize, bittersweet, midnight, mulberry… colors that inhabited other worlds. I would be dazzled and sometimes overwhelmed by color for the rest of my life. In first grade we were given a gigantic piece of paper that covered our desk and a box of crayons. “Draw something,” said our ancient teacher. Mrs. Hickman wore her glasses hanging on a beaded necklace and a cardigan like Mr. Rogers’, but for some reason she was terrifying. I could fill a stack of coloring books, but what should I draw? I was excited and a little daunted. Just then, the chubby girl with the leotards threw up all over the floor — right next to me! Chaos ensued and the janitor came in with his mop contraption, the wild ropey strings twisting and squeezing through the wringer like my grandma’s forbidden washing machine. Next came the banana-chemical spray that permeated the nostrils of your memory forever. It was almost worse than the barf. I drew a tiny girl in the corner of my paper and filled the page with fantastic swirls and colors of throw up, with chunks and dots to make a magnificent decorative pattern. Could you blame me? Mrs. Hickman snatched up my paper, gave me a disgusting look, wrinkled it into a ball, and threw it in the trash. I was dumbfounded if not horrified and insulted. Good thing she didn’t ruin my enthusiasm — all I wanted to do was tell a story with pictures.

What gives you inspiration to write stories?

Images create words for me, then the words string together like pearls to make a story. I weave back and forth between the two worlds, pictures and words, one informing the other. In a picture book, images can tell a part of the story outside of the words, sometimes speaking a language that words cannot. I believe that children have feelings and an understanding beyond their abilities to express in language, and pictures can speak to that. I have written fairy tales set in real places right on the edge between believe and make-believe, in a place where you allow magic to be real. Fairy tales give us permission to live a promise we made as kids, to remember that anything is possible and that we are put on this earth to partake in adventure. As children we knew magic. Each year we move farther and farther away from it, and when we are lucky it appears in brief flashes. Not the magic of rabbits in hats, but those briefest of moments when we step away from ourselves, let ourselves be taken away by a song, a memory, a beautiful sight, or when we create something from nothing. These are all glimpses of a magical realm. Magic was always about believing, and believing is about hope. Where would we be without that? With story we can keep magic alive. Everyday. Once upon a time is right now.

About Mindy Dwyer
Mindy Dwyer is a children’s book author and illustrator with just over a dozen books in print and one app. She is the recipient of “Not Just For Kids Anymore Award” from the Children’s Book Council, a National Parenting Publication Award, a Young Readers Choice Award, and has two books in translation.