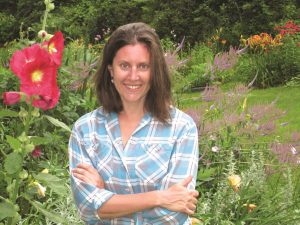 New York, NY – December 9, 2016 – Penguin Young Readers, the Children’s Book Council, and Every Child a Reader have partnered to launch a picture book prize in honor of the late Anna Dewdney (1965-2016), author and illustrator of the beloved Llama Llama series. The Anna Dewdney Read Together Award will be given annually to a picture book that is both a superb read aloud and also sparks compassion, empathy, and connection. The award commemorates the life and work of author/illustrator Anna Dewdney and celebrates her commitment to reading with young children and putting books into as many little hands as possible.

As a children’s book creator, a literacy advocate, and a parent, Dewdney believed, “A good children’s book can be read by an adult to a child, and experienced genuinely by both. A good children’s book is like a performance. Reading with children makes an intimate, human connection that teaches that child what it means to be alive as one of many beings on the planet. When we read a book with children, then children — no matter how stressed, no matter how challenged — are drawn out of themselves to bond with other human beings, and to see and feel the experiences of others. It is this moment that makes us human. In this sense, reading makes us human.” (Wall Street Journal)

Llama Llama Red Pajama, Dewdney’s tale of a baby llama calling out for Mama Llama at bedtime, is a beloved read-together book. The Anna Dewdney Read Together Award, co-sponsored by Penguin Young Readers, the Children’s Book Council, and Every Child a Reader, will recognize a picture book published within the last five years (2011-2016) in the United States that kids and grown-ups are currently discovering and enjoying together. The winning book will be announced during Children’s Book Week, May 1-7, 2017 — the celebration of books for young people and the joy of reading.

Berol Dewdney, a member of the Anna Dewdney Read Together Award committee and Anna’s daughter, said, “I became an early childhood educator because I wanted to give others what my Mama Llama gave me; she empowered me with the same love and lessons of empathy we see in her books. Her influence led to my professional passion in nourishing the hearts and minds of little people in my own way. As a Pre-K teacher in Baltimore I deeply value the power of children’s literacy and look forward to celebrating it through this award.”

All librarians, teachers, booksellers, parents/caregivers, and children’s book bloggers are encouraged to nominate up to five beloved read-together picture book favorites. Nominators must be 18 years of age or older. The deadline to submit a title for consideration is February 5, 2017. The five finalists will be the five books that received the most nominations and will be announced in February. The winning book will be announced during Children’s Book Week, May 1-7, 2017. The author and illustrator of the winning book will share a prize of $1,000 from the Children’s Book Council, and Penguin will purchase and donate $5,000 in copies of the winning book to a school, library, or literacy organization chosen by the award winner(s).

To submit a nomination, please complete this nomination form and be sure to include the following:

Anna Dewdney was the New York Times bestselling author and illustrator of Llama Llama Red Pajama. Other award-winning books in the series include Llama Lama and the Bully Goat, Llama Lama Time to Share, Llama Llama Misses Mama, Llama Llama Holiday Drama, and Llama Llama Mad at Mama. She was also the author/illustrator of Nobunny’s Perfect, Roly Poly Pangolin, and Grumpy Gloria. Anna worked as a rural mail carrier and taught at a boys’ boarding school for many years before becoming a full-time author and illustrator. Anna was a committed advocate of literacy, speaking regularly on this topic and publishing articles in the Wall Street Journal and other national outlets.

The Children’s Book Council is the nonprofit trade association for children’s book publishers in North America. The CBC offers children’s publishers the opportunity to work together on issues of importance to the industry at large, including educational programming, literacy advocacy, and partnerships with other national organizations. Our members span the spectrum from large international houses to smaller independent presses.

Launched in 1919, Children’s Book Week will commemorate its 98th anniversary in May 2017. It is the longest-running national literacy initiative in the country.